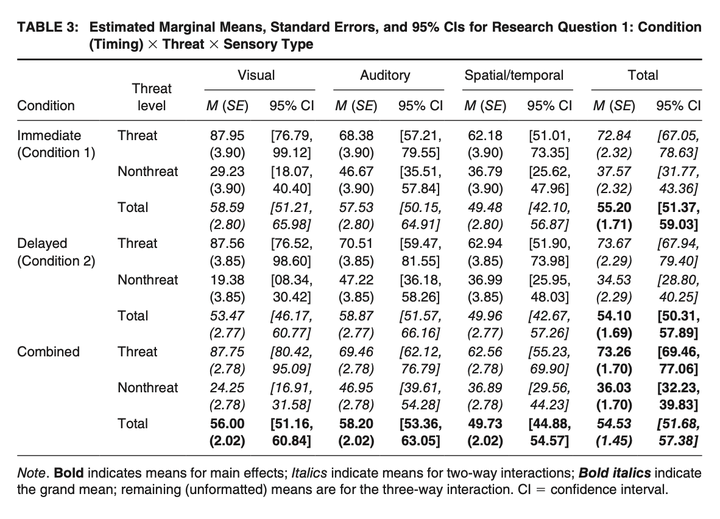 The timing of an investigation after an officer-involved shooting (OIS) is influenced by conflicting forces. The public demands expedited resolution, but police officers are provided several protections that can delay investigations of their actions. This study conducts a randomized experiment to determine the impact of question timing after an OIS on the accu- racy of police officers’ memory recall. Officers were randomly assigned to one of two groups. The treatment group completed a questionnaire after participating in a live-action, active shooter training scenario and again 2 days later, whereas the control group only completed the questionnaire 2 days later. Our findings suggest the timing of interviews after training did not influence officers’ recall of the scenario. There is little empirical understanding of how police officers reconstruct OIS events; further interdisciplinary research can help clarify these cognitive processes. This research could strengthen a traditional pathway to provide accountability for officers through investigations.